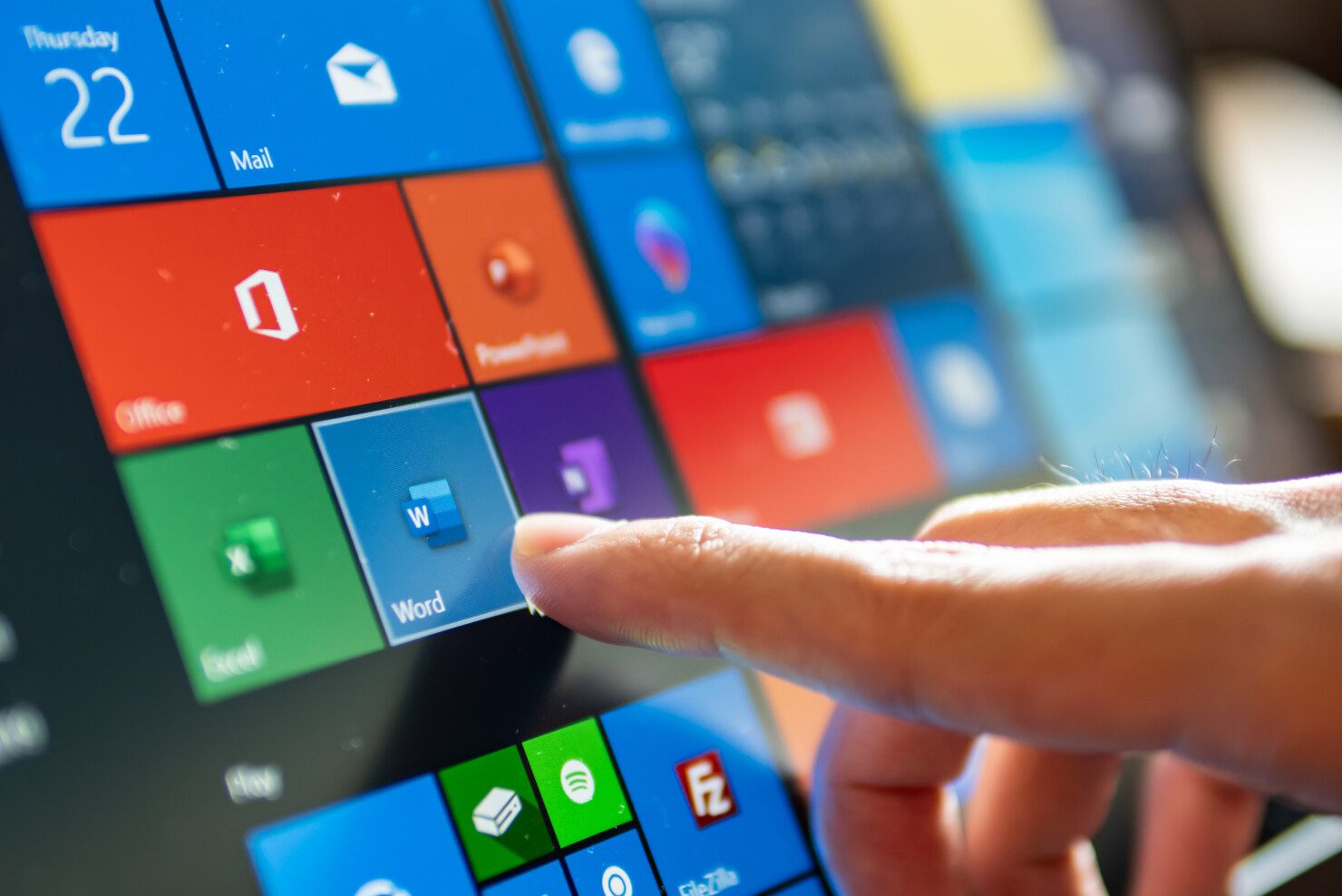 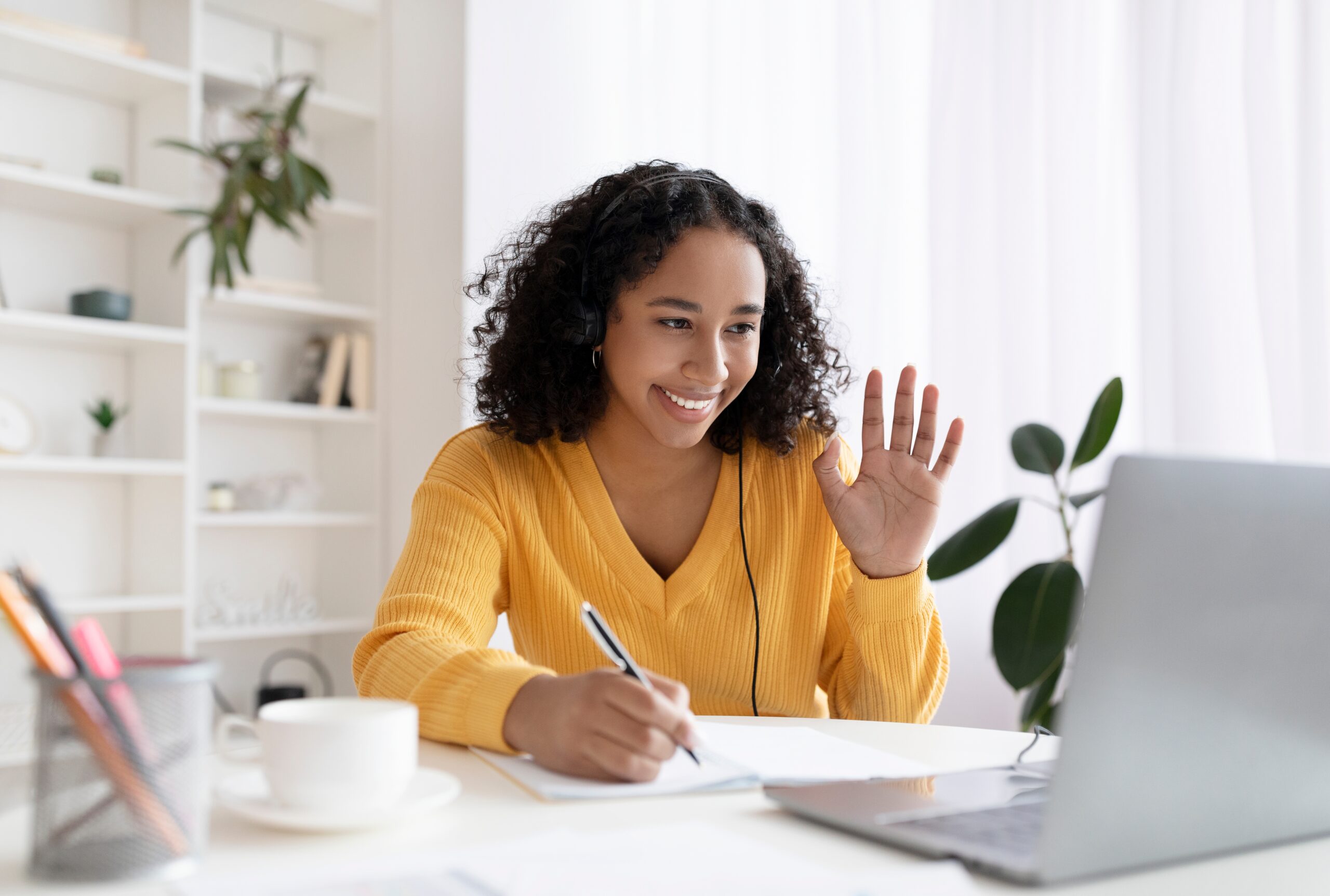 From an Admin Teams app to DLP policy update to message translations, our July M365 monthly updates blogs is full of exciting updates and feature announcements for both admins and end-users.

Looking back at the previous month of June, we saw an overall of 126 updates or changes to the M365 stack, 21 major updates, 77 of which affected admins and 73 affected users. Microsoft 365 suite updates tops the chart.

See the summary statistics below and keep reading for a deep-dive into our top ten updates for the month of June. 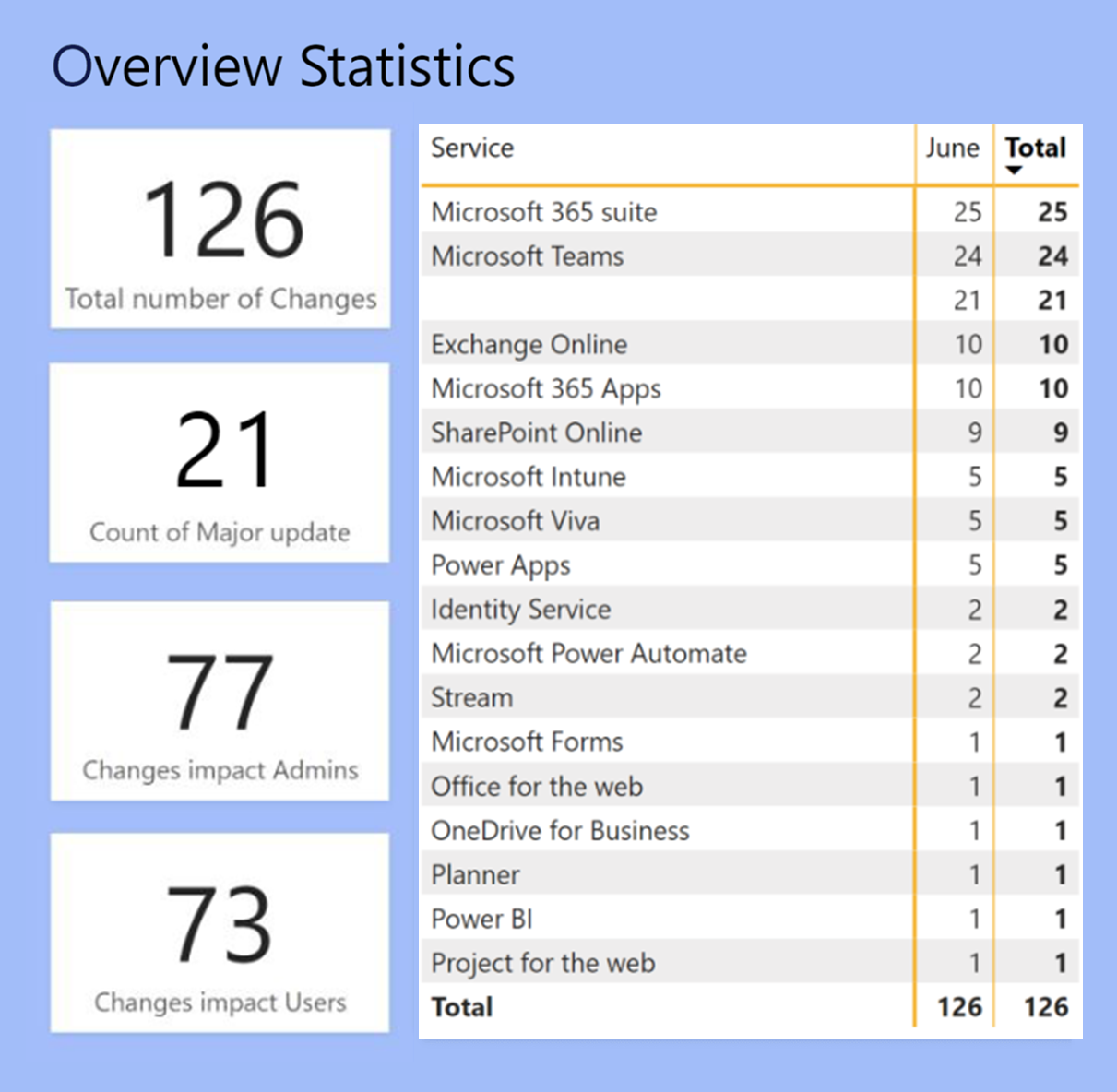 Currently in development, Cameo is a new PowerPoint experience that will seamlessly integrate your Teams camera feed into your presentation.

This upcoming feature will let you, as the presenter, customise how and where you want to appear on your slides and offering layout recommendations for optimal viewing. Cameo supports all personalisation properties like any other Office graphical object including layering Cameo between content, adding motion effects such as morph, changing styles, shapes etc. Note that for this initial release, Cameo in PowerPoint Live will not be shown in the recording, web or mobile clients.

Rollout starts in early September 2022 with expected completion by mid-September. 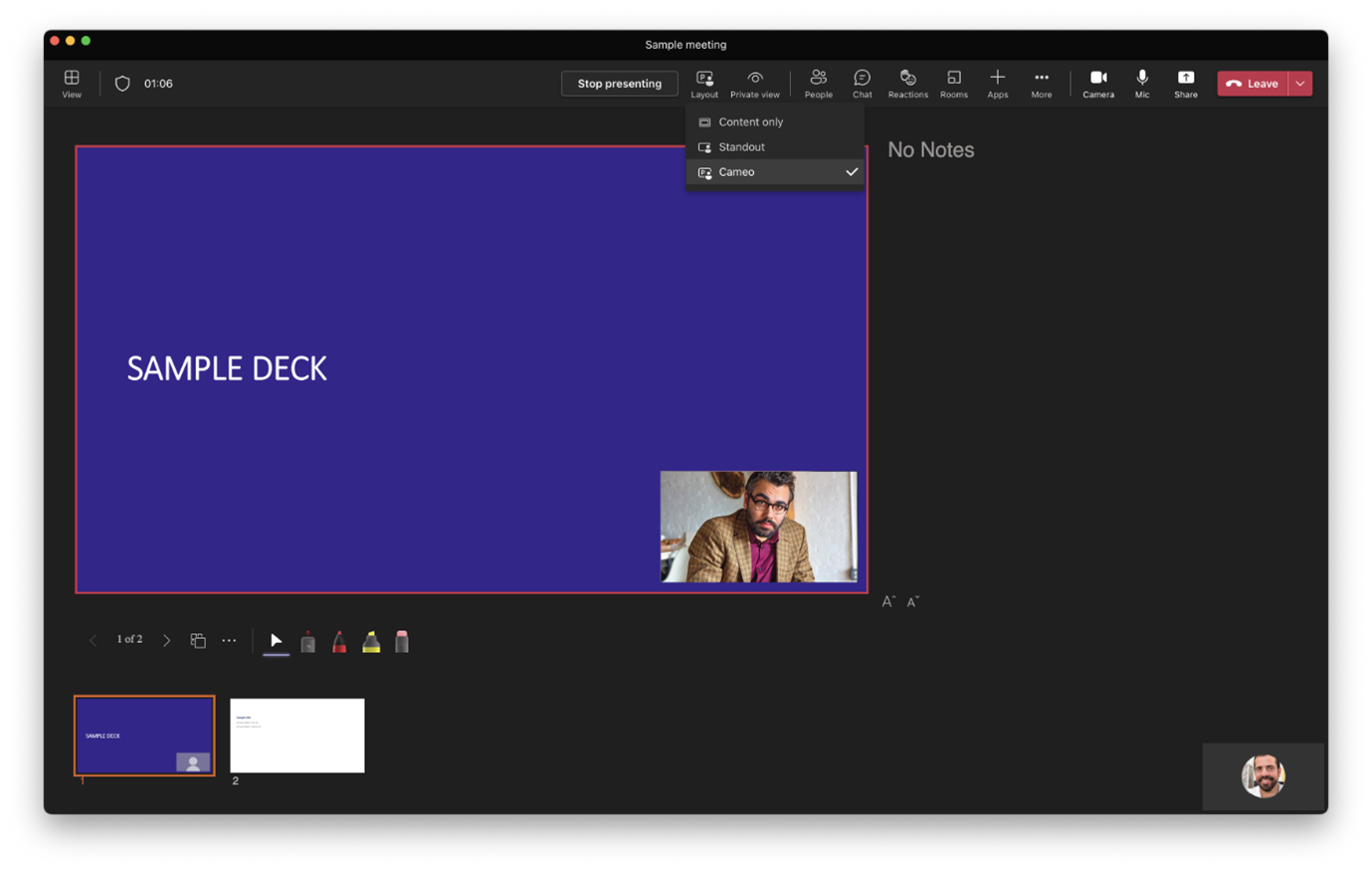 With this update, DLP administrators can save time and still create a new policy that will help prevent the unintentional (or accidental) sharing of sensitive information. To clone a policy, copy it, edit it and rule configurations as required using the policy setup wizard, then save as a new policy!

Rollout starts early July 2022 and with an expected completion by early August.

Yammer is integrating with and adopting Viva Topics to display topic highlights and enable viewing for topic cards within Yammer conversations.

This integration will make community-sourced knowledge easily accessible across an organisation and support a consistent experience in Microsoft 365. Note this is a preview release of this feature. To adopt Viva Topics, the following modifications are being made to the Yammer API:

Read more about the changes here.

The new rollout commences early July 2022 and with an expected completion by early August. 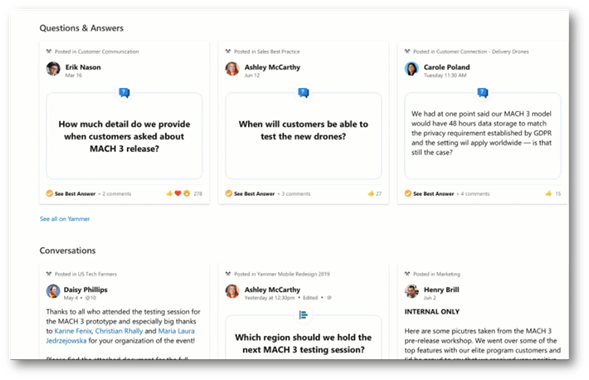 The new Admin app in Microsoft Teams is now available to install from the Teams app store. The Admin app offers a central place for viewing settings and performing core management tasks across Microsoft 365 and Teams.

The Admin app is designed to make your access to Microsoft 365 & Teams settings and controls more convenient. While the app is generally discoverable by all users in the App Store, only users with administrative rights can use it. As an admin, you can add and remove users, manage licenses, update settings for teams, meetings, messages and more, directly from Microsoft Teams.

The app is now available to download. Search “Admin” in the Microsoft Teams app store. 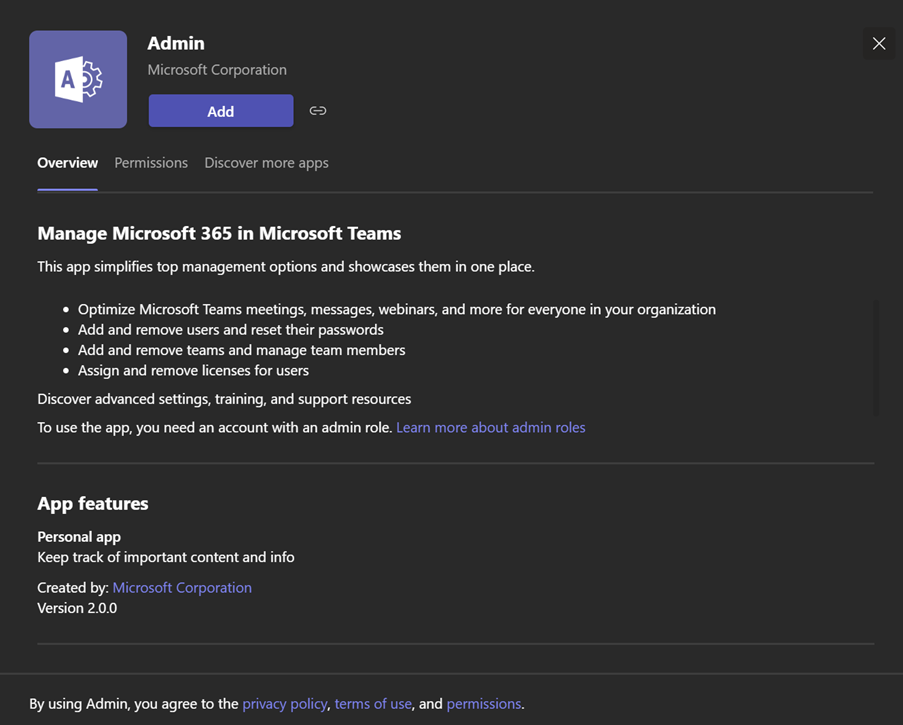 Teams is joining Microsoft 365 and Windows in updating all emojis and reactions to the new Microsoft Fluent emoji style, bringing its users a more vibrant and expressive emoji experience.

As the world continues to become a hybrid workplace, expressive forms of digital communication is becoming more prevalent in today’s work chatter and evermore important as communication tool. Updating emojis that are more relevant to us has our world is becoming increasingly hybrid and blended, it’s only natural that our emojis follow suit.

Originally planned for a completed rollout by June, the timeline is now scheduled for complete rollout by mid-July 2022. 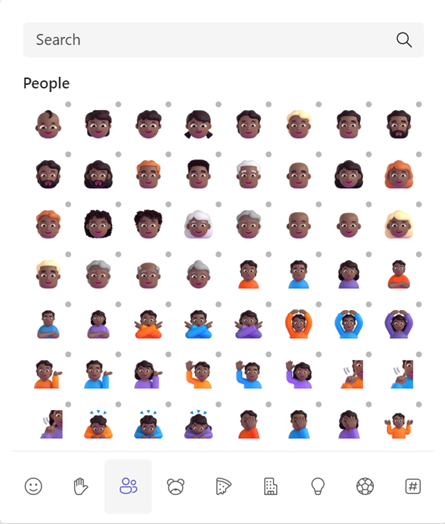 A new alert for suspicious activities in an inbound connector will be rolled out as well as changes to the existing Restricted users page in order to support this improvement.

As a security platform, it is important there are continual updates to ensure that users are protected from potential cyber-attacks. For example, with this update, when suspicious activity (i.e. compromise) is detected, relayed mails will be blocked from the inbound connector, and the administrator will receive an email notification and an alert under https://security.microsoft.com/alerts. This alert will provide guidance on how to investigate, revert changes and unblock a restricted connector. To learn how to respond to this alert, please visit Responding to a Compromised Connector.

7. Forms: Direct share forms to people in your organisation and get email notifications

Enable customers to share a form directly to people in their organisation and receive form status by periodic email notification.

With this update, you will soon be able to share a form/survey directly with other users and distribution lists within the organisation which will also include automated follow up emails and updates. This can be done once your new survey is created in Microsoft Forms, you will have the ability to invite others to complete the form. 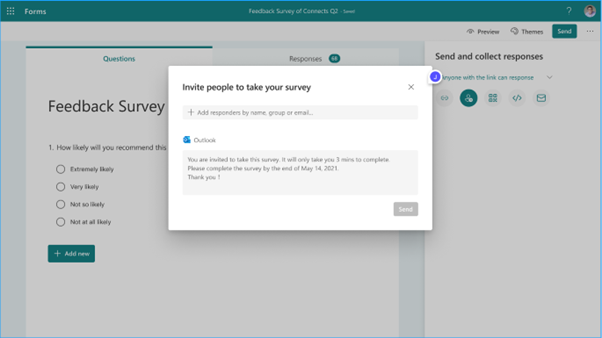 For those new-to-Forms users, a new ‘first-run’ experience will take them through Forms’ capability, where they can use Forms and how.

Once available this update will allow new Forms users to have an immersive first-touch experience to learn about Microsoft Forms. They can also navigate through the Forms templates categories through several selected business scenarios and pre-populated grab-and-go solutions.

Rollout starts early July 2022 and with an expected completion by mid- July. 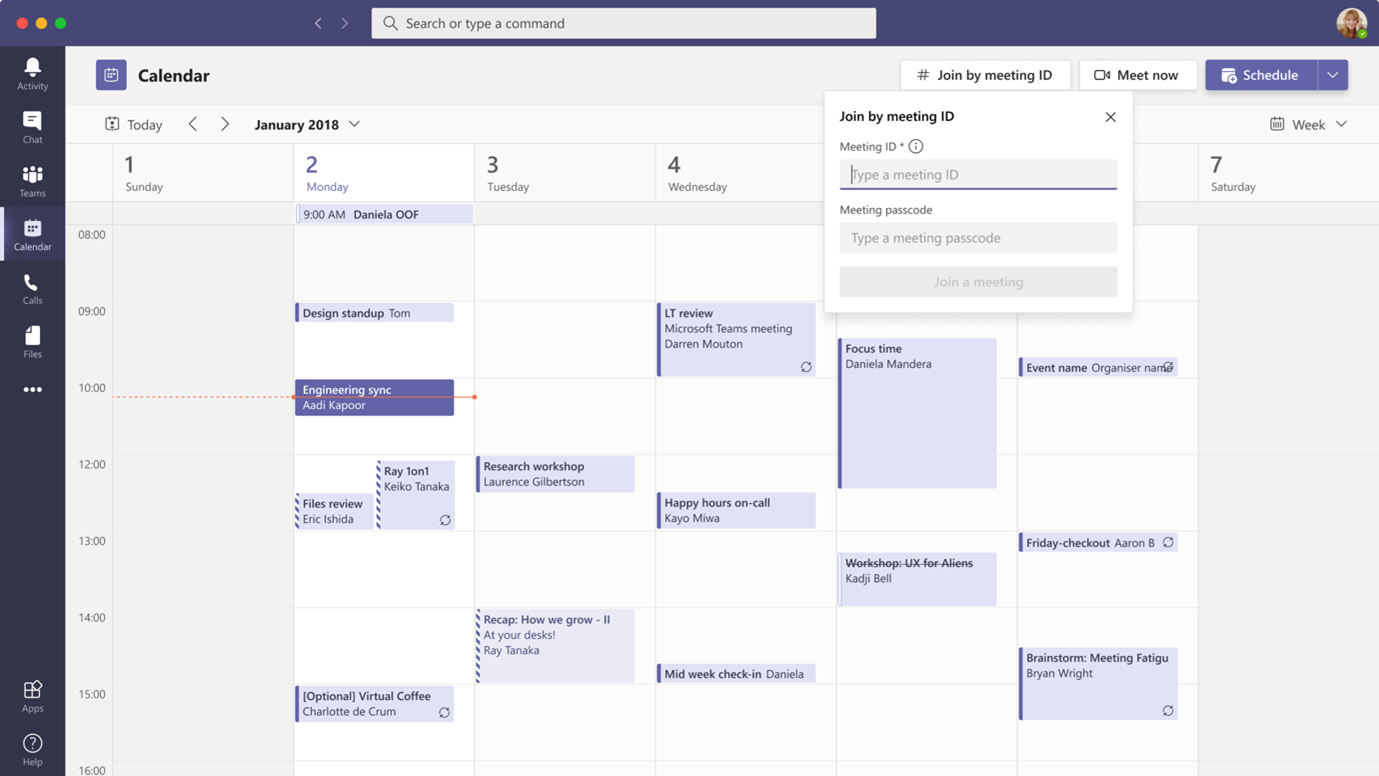 When a user receives a message in Teams that is not in their native language, Teams will prompt the user to translate it to their preferred language. Users will see a suggestion under the message to ‘translate’ or ‘never translate’.

Rollout starts early August 2022 and with an expected completion by late September. 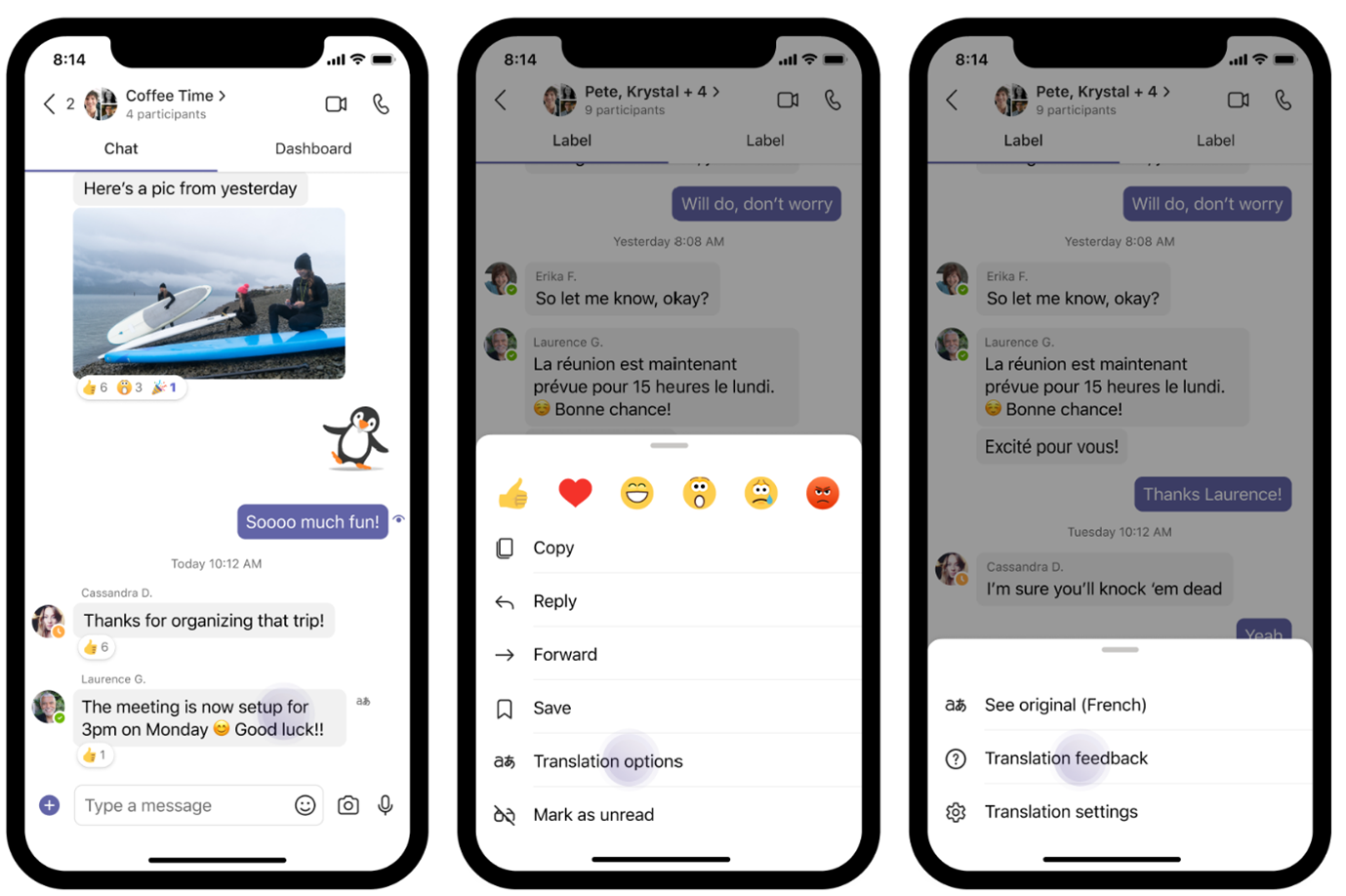